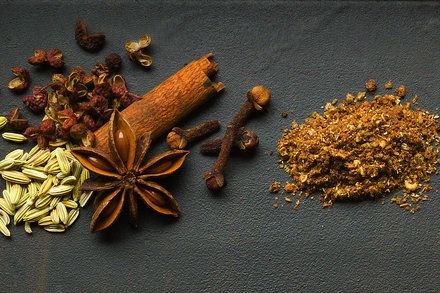 Do you ever wonder what makes Chinese food different from other regional cuisine in the world? Yes, you are right! The spices. With strong taste and aromatic cuisine, Chinese restaurants always get the spotlight among the fancy restaurants in every continent in the world. Not only it is used as a dish seasoning, but the spices also take a big part in Chinese traditional medicine.

These are the famous Five Spice Powder that you need to know before you take it as an additional seasoning on your dish. Keep scrolling and do not miss any information!

All of those five spices above are well known as Five Spice Powder which you can easily find in almost every Chinese cuisine and some of the authentic Asian cuisine. Besides those five famous spice, there is also another Chinese spice which has strong and unique flavor such as Black Cardamom, Bay Leaf, Cumin, and many more.

Have you ever had a bite of orange chicken from your beloved Chinese restaurant? If yes, your taste buds already had an unusual experience by tasting dried orange peel as the main spice.

Nowadays, all of those spices are easily found in every corner of supermarkets in the world. As the Chinese food going global, there are so many chefs and food enthusiasts who add some Chinese spices into their recipes to develop a new character in the dish.